Hello all! I am a graphic design student graduating this May from Dominican University. This project simply titled Physarum Polycephalum is what I pursued for my thesis. If you have any comments or critiques I would love to hear them! 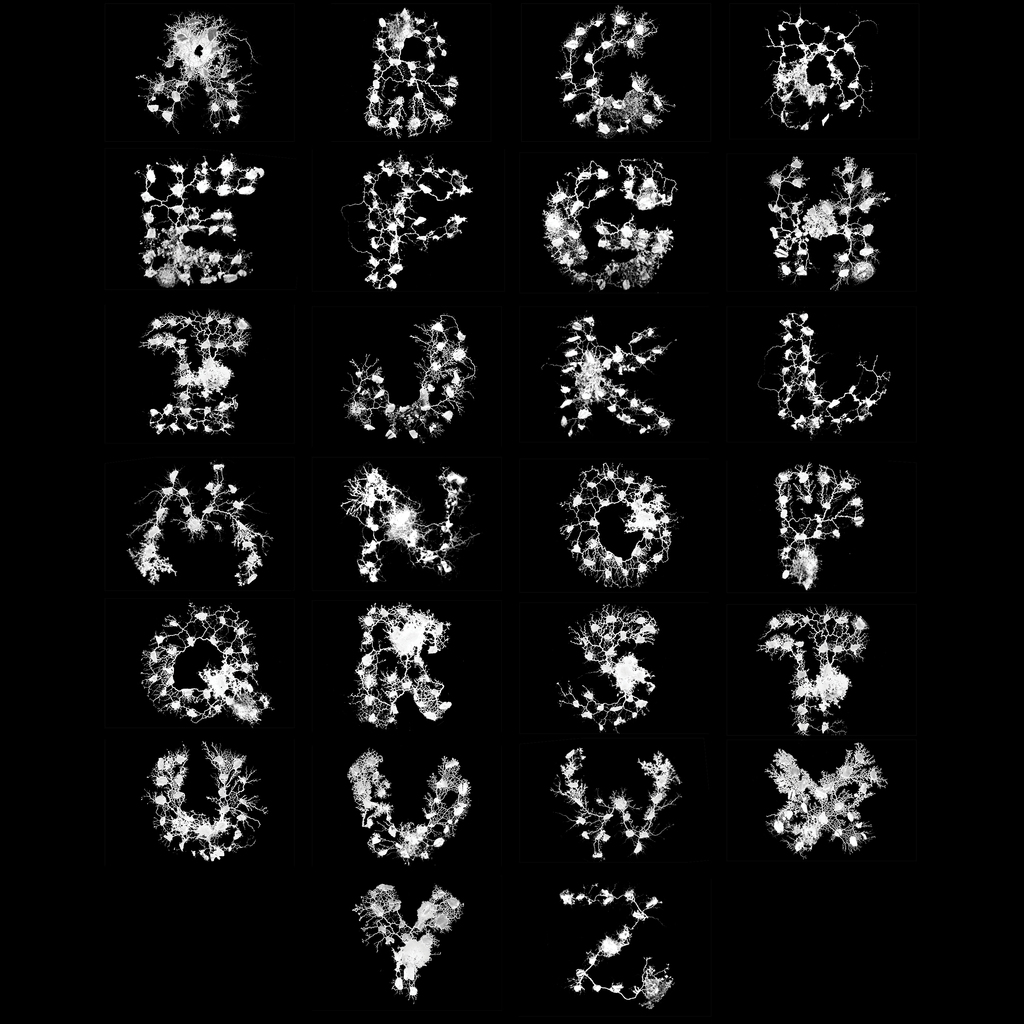 Inspired by biometric design, the act of designing through imitating nature, I utilized Physarum Polycephalum, a brainless semi-intelligent slime mold for its beautiful and organic forms. Even since the beginning of time biological design has formed the world in which we live in. Nature's designs have been tried and tested for billions of years and they work. I want this project to bridge the gap between biology and graphic design to show that inspiration for design doesn't only come from traditional practices but can be from nature's own processes. I decided to collaborate with one of nature's most curious organisms, Physarum Polycephalum. Being able to branch out and create efficient networks of its own mass in search of food, Physarum Polycephalum is an excellent specimen to assist in designing typographical forms. In my work I have placed food sources, oats, in petri dishes in a way that mimics the points on letter forms. Physarum Polycephalum has grown organically from these points and in doing so has created the 26 letters of the alphabet with its own mass. After being photographed and converted to greyscale, I have digitized these letters into a complete typeface. My intention by creating this work is not only to motivate designers to look to nature for inspiration, but rather, I aim to motivate people within all walks of life to think outside of the norm and find inspiration in unusual places.

It has actually inspired me in a different way: There's quite a few older engineerign design techniuqes that use geometry to solve problems - eg chains and weights to design a cathedral, a cycle of arrows to prove stability of retaining walls.

I wonder if the minimum material nets Slimes make between set points could be tied to structural flows of forces...