I've been shooting time lapses all week - all in Petri dishes and all of them have messed up due to condensation so I'm trying something different.

Somewhere in this box, amongst the moss I meant to add and the slugs, spiders and mites that just came along for the ride is a load of .

The base is a paint tray  full of potting compost packed down hard two large colonies of  physarum on paper covered with  moss, rotting wood and grass seedlings. I'm hoping after a day in the dark my slimy friend will explore and tomorrow I can bring it into the light and film spore formation 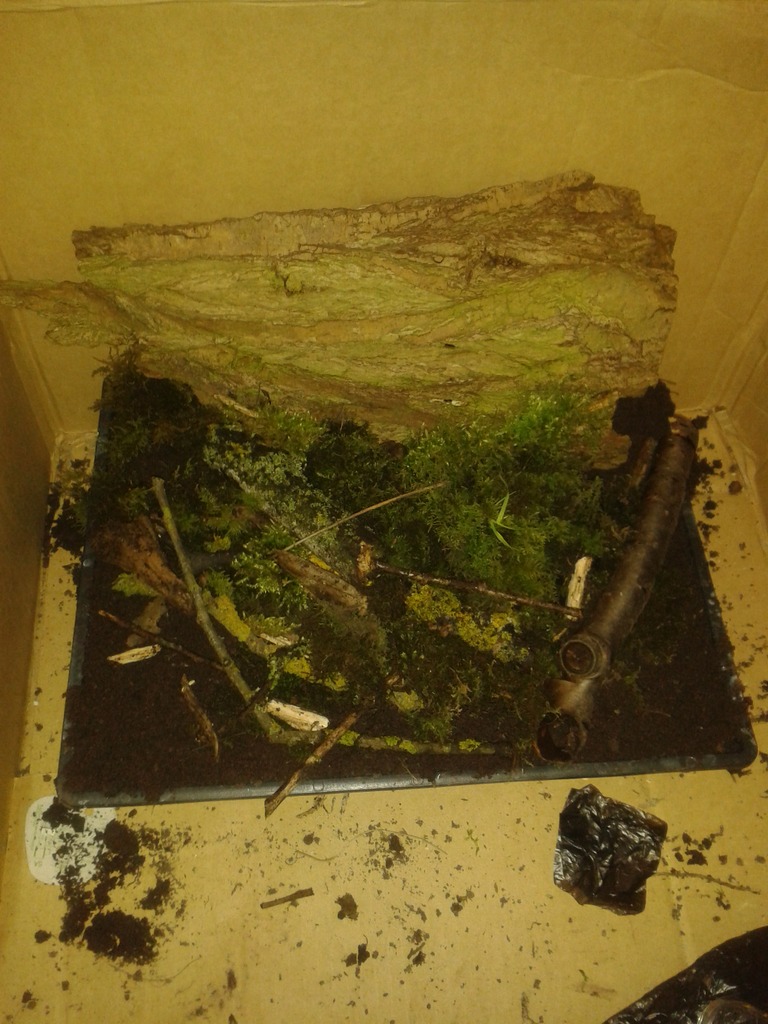 Cant get in the workshop due to builders so a temp setup in the study for this. I'm running two cameras on this set up, Nikon d3100 with a 50mm for wide shots using an external intervalometer set to one minute. The second is a cannon eos-m with a 3 element macro adapter on the kit lens running magic lantern on 15sec intervals. I've more cameras but can't fit them around the rig.  4000 frames so far today, the slime is moving a lot and staying annoyingly close to the edge of the tray.

I render in Hit film 2 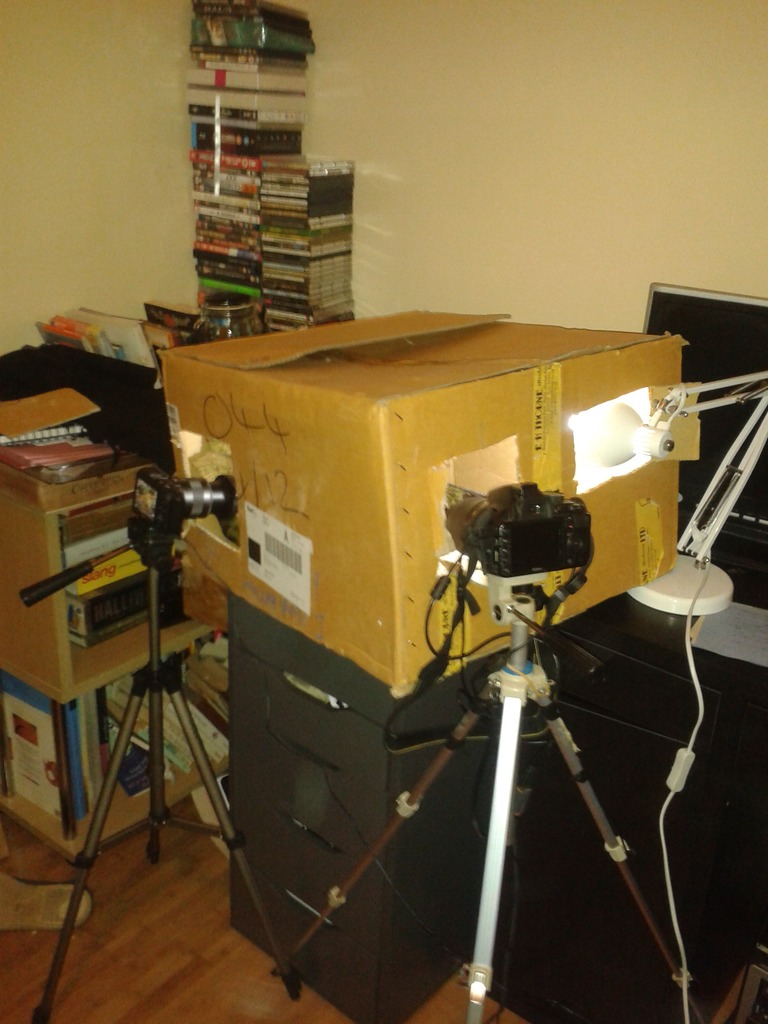